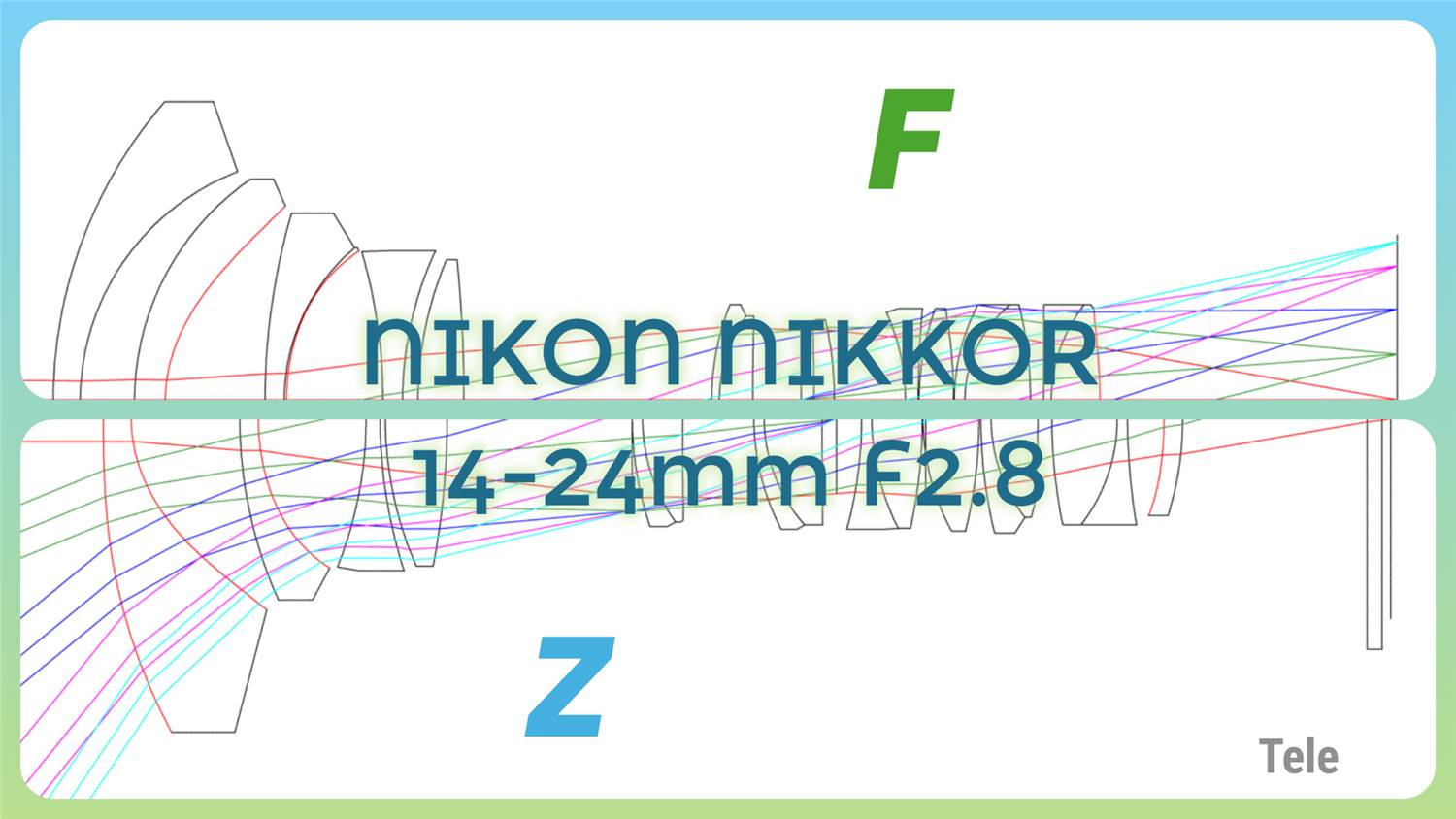 In the previous analysis

This is a performance comparison article of the telephoto end of the 14-24F 2.8.

As I mentioned in the article on the wide-angle end, the new lens Z14-24F 2.8 has been miniaturized as a whole, but the huge and distorted large-aperture aspherical lens on the side closest to the subject attracts attention.

However, when looking at it in a room, it is a difficult problem because the first lens which is the shape of the projecting eyebrow of the old lens F14 - 24 F2.8 looks very mysterious and beautiful.

Let's take a look at aberrations.

Both spherical aberrations seem to be well corrected.

In the old lens F14-24, the g-line (blue) is largely bent to mitigate the effect of axial chromatic aberration with higher-order aberrations. In the new lens, however, the aberration itself is reduced to a straight-line shape.

With the new lens Z14-24F 2.8, the curvature of field changes gradually from the end to the tip, and the color components of the g-line (blue) and c-line (red) are also gentle, which indicates sufficient improvement.

The distortion is different from the wide-angle side, but the plus side (winding shape) aberration remains, and the new lens Z14-24F 2.8 seems to have a larger value.

Even if it's big, it's only up to 2%, so it's not a noticeable amount, but it's probably because it's corrected by image processing, which is a blessing of the digital age, so it probably prioritized resolution improvement and miniaturization.

Looking at the chromatic aberration of magnification, the new lens Z14-24F 2.8 reduces the g-line (blue) by half while leaving some waviness, and the c-line (red) is corrected to nearly 0.

The transverse aberration of the new lens Z14-24F 2.8 has been improved in both the tangential coma aberration and the halo component of the color.

Now we are going to look at the optical simulation results, but at the spot diagram first.

The new Z14-24F 2.8 lens appears to have a slightly larger g-line (blue) at 6 mm in the center, but overall the spot size has been improved by half.

This is the view of the spot with the scale changed and enlarged.

Finally, let's review the results of the MTF simulation.

For the new lens Z14-24F 2.8, the height from the center to about 12 mm in the middle is almost equal to the height of the peak of the ideal value level.

The halo (tilt) in the transverse aberration affects the position (focus) of the mountain from the circumference of 18 mm to the corner of 21 mm. However, the height of the remaining mountain is about the same as the old lens, so it does not mean that it is inferior.

The new whole, the new lens Z14-24F 2.8's original performance is too high for me to see the degree of improvement. This is a common luxury problem with good lenses.

In the middle of 18 mm where the performance degradation was observed, it was improved to almost the ideal level.

Since it is a wide-angle zoom lens, you may think that the telephoto end has a rough atmosphere, but you can see the degree of improvement.

In addition, it has been miniaturized and the weight has been reduced by nearly half.

This lens, which can be said to be "the true value of abandoning traditional optical finders and turning them into mirrorless lenses," can only be said to be "must-use."

Just on the eve of this article, Nikon announced two new cameras, the Z7II and Z6II, simultaneously.

I'm really looking forward to using it as a set. 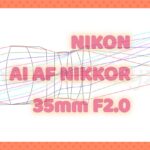 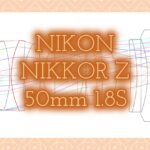 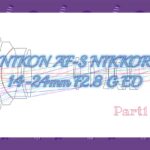 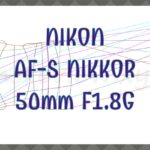 This is a performance analysis and review article of the NIKON AiAF NIKKOR 28mm F2.8 D You hardly un ...